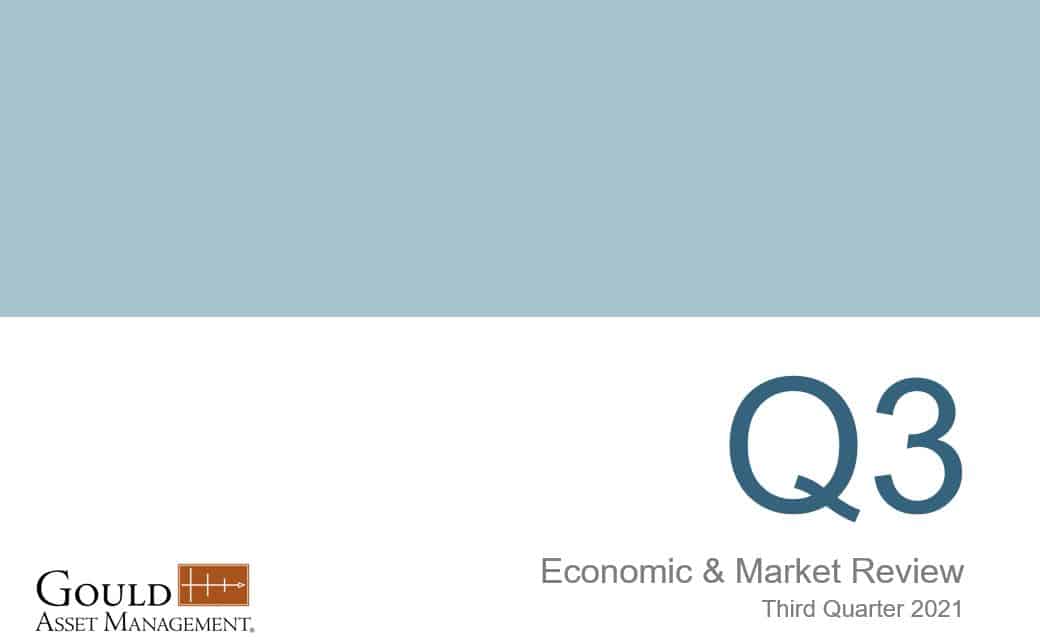 The US economy expanded at a 6.7% annualized rate in the second quarter and is now above its previous peak reached in the fourth quarter of 2019. GDP growth is expected to have slowed in the third quarter due to the Delta variant, supply chain interruptions, and raw materials shortages.

Job growth slowed in September against a backdrop of a persistent labor shortage and Delta variant concerns. The headline unemployment rate fell to 4.8%, but was largely attributable to workers leaving the labor force rather than new jobs filled. Wages increased 0.6% as employers raised wages to stay competitive in the tight labor pool.

Pending home sales rose 8.1% to a seven-month high in August, good news for homeowners but also making it more difficult for first-time buyers to enter the market. New home sales increased 1.5% in August. About 78% of those sales were of homes either under construction or yet to be built as homebuilders grapple with shortages of both labor and materials.

US manufacturing activity increased in September, but producers reported higher input costs and delays in getting raw materials delivered to factories. Supply chain disruptions are expected to last well into 2022 and perhaps beyond.

The Fed concluded its most recent meeting by making no changes to its monetary policy, keeping short-term interest rates near zero. Jerome Powell did set the stage, however, for reversing some of its monetary stimulus programs as inflation heats up and the labor market improves.

While the Fed still believes that rising inflation is transitory, it is evident from their new projections that they are more concerned with the risks of persistent higher inflation. Half of Fed officials penciled in a rate hike by the end of next year and Jerome Powell signaled a tapering of its bond purchases could begin as early as November.

Mr. Powell also indicated that the taper process would likely be quicker than the last one, which took about ten months, as the economy is much further along in recovery than last time. If the Fed were to taper roughly $15 billion of bond purchases per month, its bond purchase would cease after eight months.

MONEY and INVE$TING: How Diversified Are You, Really?